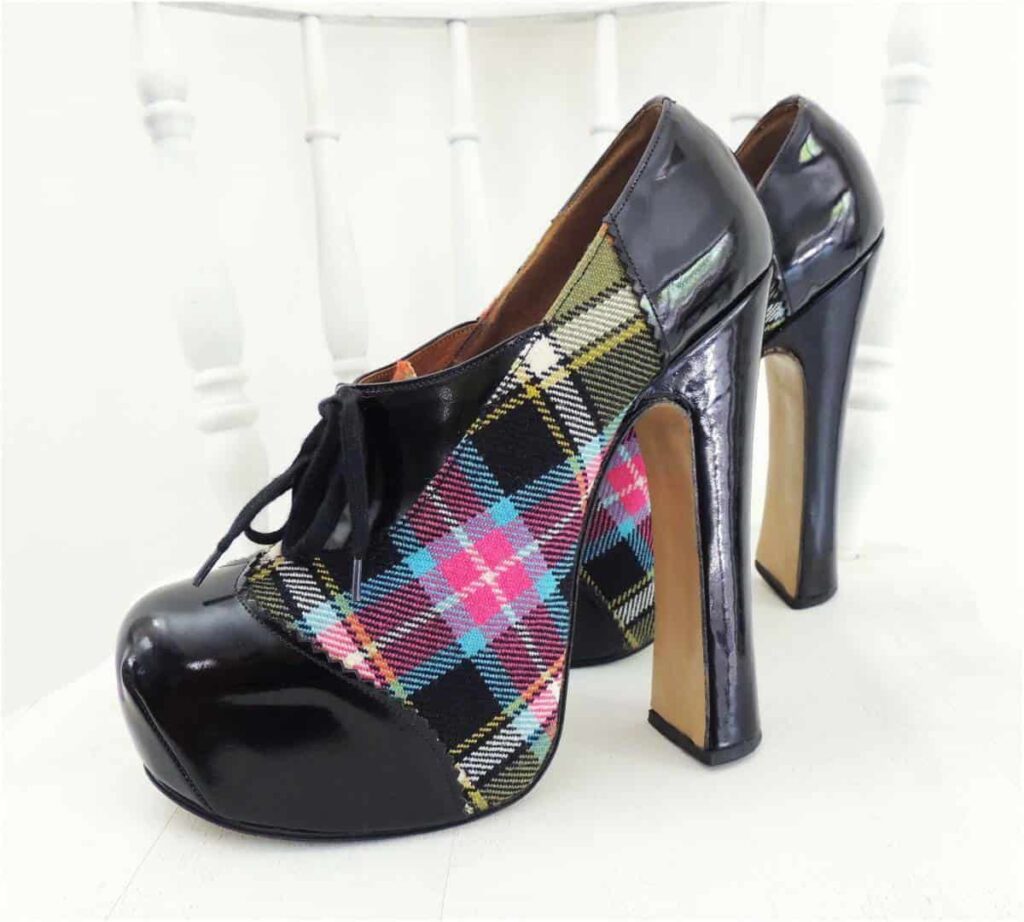 If you were bold enough to purchase Vivienne Westwood items in the 1970's hold on to your hat because they could be worth a pretty penny.

Some of Westwoods dresses are fetching returns in the $20,000 range and even a simple outfit could garner $5000.00

If you have any Westwoood fashions, jewelry, or accessories contact us as we can help you get top dollar for your pieces.

For those who are not familiar, Vivienne Isabel Westwood is a British fashion designer that was born in 1941.  She is mostly recognized for bringing the punk and ‘new wave’ looks to the marketplace.

Westwood first came to notice when she made clothes for Malcolm McLaren’s (of the Sex Pistols) store in London. Between McLaren and Westwood they helped shaped the UK punk scene in the 70’s.  The shock value of it all translated directly into her fashions from that point on.

Later Westwood opened four shops in London, and eventually expanding throughout the United Kingdom and the world. She was also linked to several political groups such as Climate Change and the Campaign for Nuclear Disarmament.

Westwood always allows her clothes speak for themselves, and as her own statements of culture throughout her career as a designer. Often her designs were so wild, she was often ridiculed but it never phased or affected her designs.

In 1984 she famously showed a collection featuring the label “Clint Eastwood”.

She dubbed 1981-85 the “New Romantic” and “The Pagan Years” during which her looks morphed from punk to ragamuffins to ‘Tatler’ girls wearing clothes that poked fun of the upper class”.

In 2007, Westwood was asked to design a gown for the Academic institution by Patricia Rawlings and Baroness Rawlings, and she did. She commented “Through my reworking of the traditional robe I tried to link the past, the present and the future.”

Westwood received an Honorary Doctorate from Heriot-Watt University in 2008, and was made a Doctor of Letters at the campus in Galashiels for her contribution to the industry and use of Scottish textiles which is reflected in her many choices to use plaid prints and fabrics. Westwood also worked with Richard Branson of Virgin Airlines for the crew’s uniforms. The pieces had to be more functional than her designs to date but they still contained her flair as a designer. Clothes for the female crew were a red suit, accentuating small waists and curvy hips, with darts in the bust area. The men’s uniforms were a grey and burgundy three-piece suit with  detailed lapels and pockets.  All the designs featured Closed Loop Recycling and sustainability in the use of recycled polyester.

We buy, sell, consign, and auction.